MB Haynes had been a longtime user of Timberline software for construction management. When the company learned about planned changes to the payroll and equipment modules in that software, it decided to research other software options that could meet their extensive needs. “We had to have a way to maintain our equipment. We have quite a lot of equipment. And when you start getting into all the second- and third-party software, trying to make it mingle just didn’t work,” said Susan Fraser, accounting manager at MB Haynes, adding that the company tried using third-party addon software for inventory and purchase orders. “They didn’t work out too well. It was awful.” Additionally, MB Haynes was seeking a software solution that would give its project managers more insight and autonomy in running their projects. The project managers didn’t work in the Timberline software, instead relying on project administrators to run the reports they needed to see how their projects were progressing.

The project managers can get into Spectrum and they can see their jobs up to the minute.

MB Haynes’ search led it to Spectrum Construction Software, which delivered the integrated accounting and project management solutions it was looking for. Working with Consultants in Data Processing (CDP), a Viewpoint Business Development Partner, to implement Spectrum in the summer of 2013. Viewpoint partners with consultants like CDP throughout North America, ensuring customers have knowledgeable local resources. Once migration was complete, MB Haynes experienced typical resistance to the change but found that many of its employees really embraced using Spectrum. Project managers were able to do more for themselves, and could run their own project reports instead of waiting for a project administrator to be free. “The project managers can get into Spectrum and they can see their jobs up to the minute,” Fraser said. “If a payables invoice was put in 10 minutes ago, it’s on their job. Being able to see that purchase orders means they now have more of a handle on their committed cost. So, they’re a lot happier.”

Another benefit of moving to Spectrum was added functionality for service management, as MB Haynes has three different service departments that comprise a big part of the business. Fraser said the ease of use of Spectrum’s service functionality has increased productivity among technicians. “Everything is pretty easy to do. A lot of our service tech guys, they’ve never really used computers to do their everyday work, you know. But they’re able to do this and it prevents them from being out in the field without any backup,” she said.

The financials are a whole lot better —understandable and more accurate.

MB Haynes has benefitted from the increased control and visibility they have over its projects. “The project managers have a better handle on their jobs, so they can manage them better and find any issues that they need to handle now rather than waiting until the end of the job,” Fraser said. “The financials are a whole lot better — understandable and more accurate.” Additionally, the cost center option in Spectrum gives the CFO and division heads at MB Haynes the visibility they need to get a clear picture of divisional performance. Each division has its own cost center.

“We can easily get a company statement but can also just as easily break them down by divisions,” Fraser said. “They can know if a division is having issues, but we can also tell whether our company as a whole is going well. Because, over the course of the history, sometimes one division will do well, another division will do extremely well, so they sort of pull each other along. You know what’s going on at all times and who’s pulling who. It makes it more understandable for them.”

Fraser added that Spectrum’s cost centers have given her an easier method to track on a divisional level that was previously with Timberline’s GL account numbers. “It was cumbersome to use them that way. Now it’s just by cost centers that the job is set up with and it’s done. And then you can just run it,” she said. Fraser and the team at MB Haynes are happy with their move to Spectrum. “I recommend it because of the ease of using Spectrum and the info you can get out of it,” she said. “The knowledge that we can get out of Spectrum for our jobs and the fact our project managers are embracing has made a significant difference.”

I recommend it because of the ease of using Spectrum and the info you can get out of it. 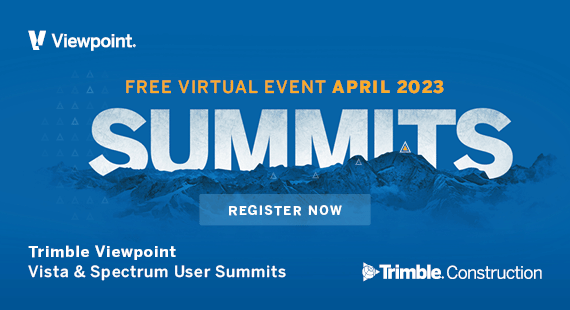