The Clock is Ticking on a Infrastructure Spending Deal: What That Means for the United States — And Your Construction Company

The United States is at the doorstep of potentially the largest infrastructure spending package in its history. The original bill, the American Jobs Plan, brought forth by the Biden Administration, had the potential for between $1 trillion and $3 trillion in public works, utility, transportation, energy and other vital infrastructure projects. Since it's introduction though, the bill has been scaled back to a $1.2 trillion proposal that has seen bipartisan support. On August 10, 2021, that proposal reached a significant milestone with its passage through the senate. If passed in the House and signed by President Biden, the infrastructure spending plan will benefit contractors for years to come — but only if they’re prepared to meet modern demands with real-time data, digitization, leading-edge technology adoption.

Since neither of the bills were passed by the Oct. 1 deadline, and remained in flux as of October 15, Pelosi is reportedly looking a new Oct. 31 deadline. The larger, $3.5 trillion bill, Politico notes, would not need GOP votes to pass through Congress because of it's framework as a reconciliation bill. Though it would need full support of Congressional Democrats.

The Associated General Contractors of America (AGC) issued a statement Sept. 29 calling for both parties in the House to support the infrastructure bill: “This is the kind of infrastructure bill that Democrats and Republicans have been promising to pass for years now,” said Stephen E. Sandherr, the association’s CEO. “Failing to pass this measure will create new challenges for the economy.”

The AGC is one of scores of organizations and associations ramping up pressure on elected officials to get the infrastructure bill passed. 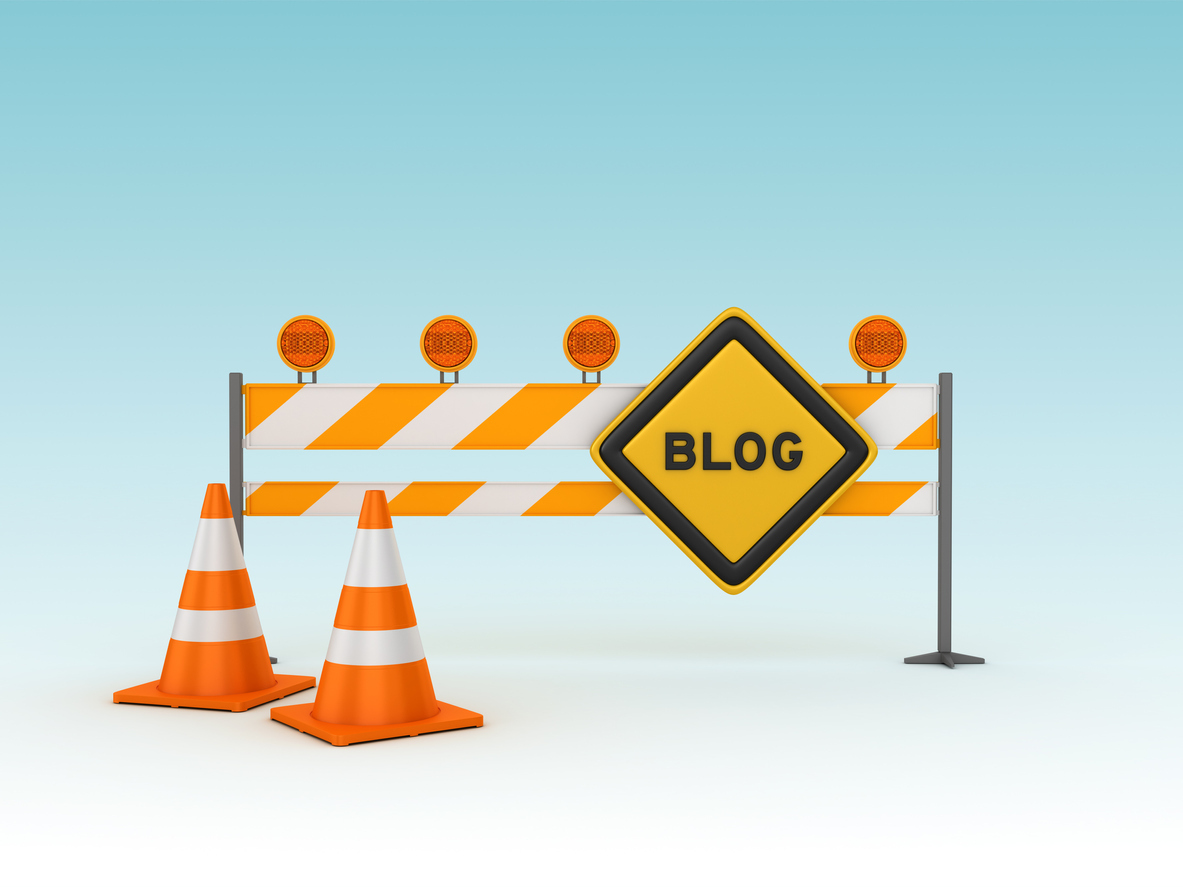 Subscribe to the Viewpoint blog to stay on top of all infrastructure construction news and trends.

Viewpoint is committed to keeping the industry informed on the progress of the latest construction infrastructure spending measures and how they will impact construction companies. This Construction Infrastructure Resource Center is your hub for information. Read on for more:

The original American Jobs Plan that the Biden Administration put before Congress is at the core of the latest 2021 infrastructure spending plans. Spending had been proposed over an eight year time period, funded by potential corporate tax increases and other measures spread across 15 years.

For moments over the past six months, it looked like any infrastructure bill was in danger of failing, with both sides of the political aisle clashing on exactly what an infrastructure package should include.  However, the Senate passed a $1.2 trillion version of the bill, now called the Infrastructure Investment and Jobs Act, on Aug. 10. This bill would feature $550 billion in new federal spending over a five-year span. Included is:

The current bill will now head to the full House of Representatives, where it is ultimately expected to pass. Though an actual vote on the bill could be delayed until the Fall, as The House is out for August recess and Speaker Nancy Pelosi has indicated that the chamber won't take up the bipartisan infrastructure bill until the Senate also passes a separate $3.5 trillion bill providing funding to fight climate change, address home health care and other issues. This could lead to a political stalemate as both sides of the aisle debate this measure first. That larger bill, Politico notes, would not need GOP votes to pass through Congress because of it's framework as a reconciliation bill. Though it would need full support of Congressional Democrats.

The House also passed its own version of an infrastructure bill — a $715 billion measure — just before the July 4 holiday. This bill, laid out over a five-year period would focus a lot of the spending around road and bridge projects ($343 billion) transportation ($109 billion), drinking and wastewater treatment ($168 billion) and other environmental measures that were scrapped out of the bipartisan Senate proposal. It remains unclear how this proposal will be addressed, or if the new, larger bipartisan agreement will supersede this measure.

For perspective and comparison, of the originally proposed $2 trillion under the initial American Jobs Plan, $621 billion was dedicated for transportation infrastructure like roads, bridges and railways with $174 billion dedicated to expanding an electric vehicle market, another $111 billion to provide clean drinking water projects, $100 billion for expanding broadband and $100 billion for improving power infrastructure like the electric grid.

Another $213 billion had been earmarked for affordable and sustainable housing projects, $400 billion for healthcare projects and $100 billion for workforce development. Additional areas of potential spending included $100 billion-plus for school and education facilities; $180 billion dedicated to research and development, science and climate programs; and $300 billion in manufacturing, small business and labor programs.

The Biden Administration broke down its original goals with the American Jobs Plan in this White House Fact Sheet and Business Insider also provided a comprehensive breakdown of these figures here:

How the Infrastructure Package will Impact Construction

Will Your Taxes Increase?

Arguably the biggest challenge with the bill passing will be the impact it has on American business. Forbes broke down some of the tax implications of the original American Jobs Plan and which areas they might impact the most in a recent article: Corporate Tax Rate Could Jump from 21% to 28%. Forbes notes, the 7% jump would help fund the infrastructure bill while remaining below the 35% corporate tax rates seen under Presidents Clinton, Bush and Obama. The $1 trillion deal agreed to by the Senate in August aims to not increase any corporate taxes.

Most contractors, though, wouldn't have paid more taxes under Biden’s original infrastructure plan, according to Construction Dive. The article cites Accountant Erin Roberts of Ernst & Young's global construction and engineering practice, who notes that the majority of construction firms in the U.S. are set up as “pass-through” entities and are not subject to corporate taxes. “According to Construction Dive, “Just 16% of nonresidential construction businesses in the U.S. are registered as C corporations, and thus subject to corporate tax rates. The lion’s share of the remaining 84% is comprised of S corporations, sole proprietorships and partnerships that are treated as pass-through entities, where their owners pay taxes on their profits at the individual rate.” (See this U.S. Census Bureau report for more information).

Learn how a truly connected, cloud-based construction suite can modernize your operations!

What Technologies Do You Need?

Of course, this potential financial windfall will likely only apply to contractors that are scaled to meet modern deadlines and demands. While it remains unclear at this point whether strict technology and process measures will be a part of federally-funded construction contracts stemming from the American Jobs Plan, there has been a trend among other government agencies and contracts to require vendors to meet rigid technology standards and requirements.

What does this mean for contractors looking to take advantage of thousands of new jobs? They’d better have the modern technologies and workflows in place to satisfy any potential contract requirements. Among them:

Read more about how connected construction data and workflows will shape the future of the construction industry in this informative blog.

What is the Timeline for the 2021 Jobs Plan?

With the Aug. 10 passage of the $1 trillion Infrastructure Investment and Jobs Act, the stage is set now for a vote in the House of Representatives this fall. Though a vote could come earlier, a larger $3.5 trillion spending package for environmental and healthcare issues is directly tied to the passage of the infrastructure bill politically.

If the infrastructure spending bill — in whichever form it takes — passes, projects are expected to be identified and rolled out over an eight-year period, with the most critical needs being addressed first. That means contractors still have some time to start preparing their organizations now, but those ready to meet modern demands today are poised to reap immediate benefits.

What are some of the biggest voices in the construction industry saying about the future of infrastructure building? Here are a few perspectives:

AGC Supports AASHTO Request for Robust Funding for an Infrastructure Package: The Associated General Contractors (AGC) said in this press release that it supports calls by the American Association of State Highway and Transportation Officials and other stakeholders for Congress to authorize $200 billion in highway and bridge stimulus funding and an additional $487 billion for federal highway infrastructure as part of the overall infrastructure bill.

Biden Infrastructure Plan Rife with ABC-opposed Labor Policies: The Associated Builders and Contractors, while supportive of bipartisan efforts to address the nation’s infrastructure issues, the organization is opposed to the American Jobs Plan's inclusion of the Protecting the Right to Organize Act (PRO), which would guarantee union and bargaining rights for public service workers. ABC said the PRO Act “threatens the fundamental rights of workers and job creators while putting the recovery of our economy at risk.”

Infrastructure Construction Experts Stress Digitization, Collaboration as Keys to Success: The first of the new quarterly Trimble Dimensions Spotlight Series highlights U.S infrastructure needs and expectations, how heavy and civil contractors are modernizing to meet needs and much more.

ENR Editorial: How to Pass a True Infrastructure Bill: Engineering New Record’s (ENR) editorial board, in a recent opinion piece, looked at where it felt the infrastructure bill in its current form could stall and suggested areas of the American Jobs Plan that could be cut or removed in order to secure more across-the-board support by Congress.

ACPA and TCC Allies Roll Out Infrastructure Investment Campaign: While not mentioning the American Jobs Plan specifically, the American Concrete Paving Association, part of 32 groups and associations that make up the Transportation Construction Coalition, has launched an advertising and social media campaign to build awareness for infrastructure investment and encourage Congress to approve a surface transportation infrastructure package.

While the bulk of work to come from a major infrastructure spending bill will apply to heavy highway and civil construction firms, there are also opportunities for general and specialty contractors as well.

Viewpoint is committed to helping all contractors transform their operations through leading-edge technologies to meet modern demands head on. Here are some key reads and resources to consider in your own journey to take your business to the next level:

The Heavy Highway Contractor’s Guide to Selecting Construction Software: Most contractors know they need to modernize, but where do you begin? This step-by-step guide shares all of the technology transformation tips and best practices to consider.

Is Your Business Ready for the Next Big Project Your About to Win? The potential for a financial windfall of work awaits heavy and civil contractors, but how ready is your organization to take on more complex, demanding projects. Take this quiz and find out!

The Cost of Doing Nothing — 5 Reasons to Upgrade Your Construction Software: When it comes to today’s construction and infrastructure projects, just getting by with disconnected and manual processes may not be good enough to meet modern demands. Learn how to go beyond good enough.

The Construction Labor Shortage Toolkit: Finding skilled labor and attracting new talent to the industry is one of the construction industry’s biggest challenges. This informative toolkit will give you some best practices to put in place to attract — and retain — the right talent for your jobs.

The Construction Financial Professional’s Guide to Data-Driven Business Decisions: Data analytics and business intelligence is going to play a much greater role in infrastructure construction projects moving forward. How deep into your data can you dig now and do you have the right data tools in place to answer on-demand data needs?

ER Snell: Why this Atlanta-based asphalt and concrete contractor moved to the cloud with ViewpointOne after enduring a ransomware attack.