Viewpoint: Tell us a little about ASRC Construction and what drives your business.

Viewpoint: Can you share some of the HR challenges unique to projects in remote locations?

Strickland: We rehire employees, many of which will work with various subsidiaries of our parent company numerous times throughout the year. We have employees who work with us up to 10 different times during a year, for three or four different subsidiaries. More than 50 percent of the HR packages we process are rehires and during peak season, that number is closer to 80 percent. The work we’re doing at the Clear Space Force Station, a remote military installation approximately 75 miles southwest of Fairbanks, Alaska, is a great example. In 2018, ASRC Builders and Builders Choice Modular, both part of the ASRC Construction group, constructed a 320-bed housing, dining and recreation facility that would accommodate teams from many companies working on construction projects in support of the Missile Defense Agency’s long-range discrimination radar, which is targeted for completion in 2023.

When the facility was completed, the Army Corp of Engineers asked ASRC Builders to manage the facility, which we call our “construction camp” because it houses employees from 70 different companies who are staffed on projects at the Space Force Station. The camp runs very much like a hotel and there is very high turnover. Workers are mostly short-term, with some contracted for as little as one week and others employed for months. It’s a constant cycle of mobilizing, demobilizing and terming. In addition, we are the general contractor for multiple major construction projects onsite and each of those has employees of ASRC Construction who also stay at the camp as they come and go for various phases of work.

Viewpoint: Can you elaborate on the onboarding angle? How has automation helped you meet your shifting employee needs?

Strickland: Onboarding is historically a very paper-intensive tedious process. Over the years we converted paper to electronic forms and PDFs, but the process still required a great deal of effort and re-keying for the HR team. After we automated onboarding with Viewpoint HR Management, new and returning employees follow a digital onboarding workflow that gets them on the jobsite faster. During peak season, we hire and term 50 to 100 employees a week. In the past, processing that many hires required as many as four people working 10 or 12 hours a day. Now it only takes one dedicated manager with a shared recruiting team and is a much easier process, particularly with rehires. 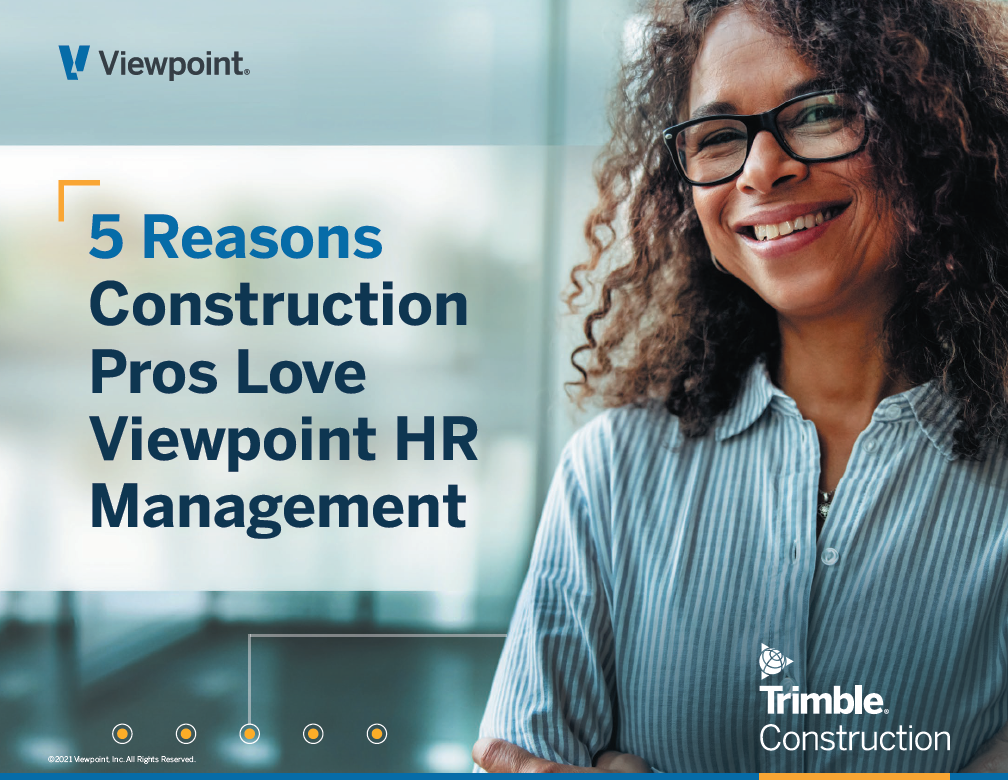 Viewpoint: You mentioned that moving from paper to digital HR processes has also helped ASRC Construction attract talent, how so?

Strickland: Before digitizing HR management, every change to an employee record was emailed to HR and manually keyed into a database. Today, employees independently complete critical HR-related tasks directly from their computers or mobile devices.

Our employees can easily manage their own time-off requests, access important documents and training materials and view pay stubs. This greatly reduces the burden on our HR staff and proves to potential employees that we are a modern, innovative company. Before automating our HR management, it wasn’t unheard of for HR to send a new employee a PDF onboarding package and never hear back. This happens rarely now that we’ve made the process digital.

Our HR teams are no longer shuffling paperwork and re-keying data so they have time to interact with employees and focus on important aspects of their jobs that they couldn’t always get to before. As a result, we’ve reduced our full-time HR staff by two employees.

Viewpoint: After success with Viewpoint’s HR Management, you decided to migrate your operations to the cloud, what drove you to take that leap?

Strickland: There is not a better software for construction companies than the ViewpointOne suite. I have worked with many other systems over the years and although pretty much any system can be made to work for construction, working with solutions that are designed for construction makes life so much easier.

All of our data flows into one system. Our operations are streamlined so we can better manage complex projects and it’s given us visibility into project data that we need to make smarter business decisions. When we bid a new project, we can look back at similar past projects and use the information to bid more accurately so our projects come in at or below cost. We’re just scratching the surface of what is possible with data and can’t wait to see what the future holds. 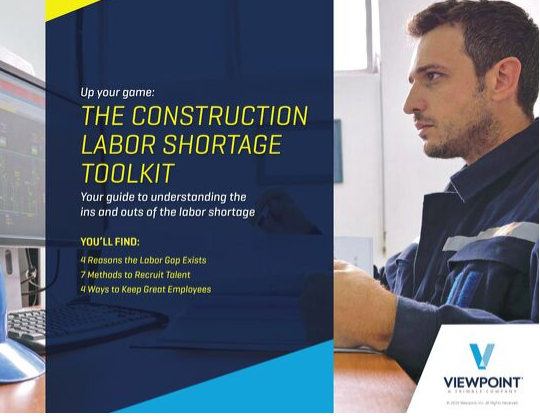 Boost Your Workforce with the Construction Labor Shortage Toolkit

Check out these other client success stories: