I recently had the honor of speaking with Jennifer Tolwinski, the controller for Trimble Viewpoint client DKD Electric, LLC in Albuquerque, New Mexico. Though relatively new to construction, Jennifer has already noticed the industry’s increased efforts with regard to diversity – and where we can strive to do better.

Jennifer, you have some inside perspective on the issue of diversity in construction. Can you share your story?

It’s been a little bit of a double glass ceiling. Not only is there a glass ceiling with being a woman, there’s also the issue of being a minority — my mom was white and my dad was black, and growing up, I identified more as African American. So, I’ve had to work under this double-glass ceiling in the industry. I’ve tried to not think of it as an issue. If you have to work harder, then you have to work harder. I do what I need to do to show I can succeed. If you have the knowledge you will succeed. I paid my own way through college. I didn’t really have financial aid. I made sure to get by CPA as well.

How did you get into construction? 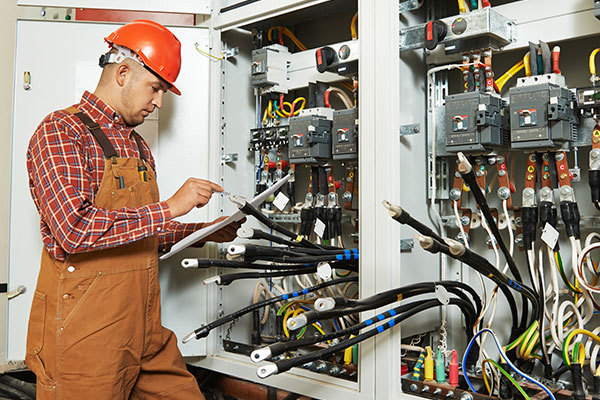 The construction industry has done a lot in recent years to encourage more diversity and inclusiveness, but there’s still a lot of work to do. The industry is still largely made up of white, male professionals. As someone newer to construction, what are some things you see could help boost diversity efforts?

I think a lot of it depends on the angle that’s taken when promoting diversity. Especially today, the tech industry is what’s popular. Technology is big and many people want to work with it. I think construction should show the many benefits of working with technology in the construction industry. Also, you don’t need to be a male in order to succeed in this industry. There’s so much more to this industry now. It’s not just grunt work. That’s more of a historical look at the industry where men do the heavy lifting. There’s project management, there’s accounting, there is IT, which is really becoming important in this industry. Even if you did want to learn more of a trade skill, I don’t think gender is something that anyone should be discouraged by. Women need to understand that they’re just as good, and just as capable as any man out there – especially today when, thanks to technologies, you don’t need to be the strongest person on the field. This is one of the areas where construction could be promoting itself better.

How do you bridge that communication gap better and change the narrative – both within construction and to outside professionals we want to attract?

That’s kind of the difficult part. I’m not sure there really is a great answer for that yet — at least not at this time. Just like with any major change, it takes a lot of time. A lot of times, change occurs from generation to generation. So I think it’s important right now to start showing the current generation and future generations why there needs to be change. Reach out to colleges and high schools and start touting the benefits of working in construction early. It’s about educating and getting people out of particular mindsets — and it needs to be done in ways that ‘keep up with the times’ in that efforts are relevant to the people their intended for.

Modernization is key to the construction industry’s current project efficiency and profitability successes. Do you see technology playing a key role in shifting the diversity narrative in construction as well?

Oh, absolutely. As long as the industry keeps modernizing and innovating, keeping pace with the world around us, then that’s going to appeal to the younger generations that will likely have a greater impact in moving the diversity needle. But you also can’t run construction projects without the people needed to do the work, so this industry isn’t going to be all just tech people. It needs to be a balanced approach.

The industry has suffered from an ongoing labor shortage. We’ve argued that technology can help solve this by automating processes and putting innovations in place that appeal to those younger generations. But that’s only part of the problem. Recruiting future construction professionals has stalled as university programs, trade schools, scholarships, apprentice programs have been scrapped or are lagging in funding. How important is it to revitalize these efforts?

There should be more incentives for doing things like these. For instance, we actually do an apprenticeship program here where we take apprentices and have them work with foremen in order to build up their skillsets. Schools, in order to promote the trade industries, should make some sort of incentive for going into these industries. They need to make it more attractive as a career choice to younger folks. They should also do a better job marketing these to women and minorities as well. There are plenty of people out there who have never considered construction as an option.

Which leads me to another question: how do you sell the industry to folks that have largely viewed construction as too challenging, too unsafe, too outdated in terms of processes, etc. If you were going to pitch another professional — let’s say a younger female who happens to be of color — what might that pitch sound like?

Well, I would definitely note there is a lot of growth potential. I would say that there are programs where you can learn the skills needed in order to be impactful and be safe. I think if it’s a female, and this might sound silly to say, but I might say that you can learn how to build things or fix things yourself and that you won’t need to call a handyman every time something is broken. And building knowledge. For women today, it’s about empowerment. It’s about learning, growth and building out career paths. I think perhaps it might not be good to consistently point out that this has been a male-dominated industry. That could be discouraging to women.

That’s a very good point, and thank you for calling that out. If you could change on thing about diversity in construction right away, or if there is an area we should focus more on, what would that be?

It would be nice to eliminate the whole idea of gender and race in construction. I know why data is collected for this, but in truth, it shouldn’t matter. Even though it is illegal to base hiring practices on either of these things, there are still biases out there. Eliminating that bias would be nice. But it’s not going to happen overnight. I’m hoping that over time, it will become less and less of an issue.