What is the Davis-Bacon Act?

How are Prevailing Wages Determined?

How to Ensure Davis-Bacon Compliance Through Technology

Contractors are looking forward to a bevy of new infrastructure projects coming down the pipe following the passage of the Bipartisan Infrastructure Law (BIL). As they ready themselves, there is an emphasis on understanding the specific federal requirements needed to win the work. One of those requirements will undoubtedly be strict adherence to prevailing wage requirements set forth under the Davis-Bacon Act.

Yet, a mid-March announcement of a number of proposed 2022 changes to the Davis-Bacon Act by the Department of Labor (DOL) means that the definitions and compliance requirements with prevailing wages that contractors have been familiar with could soon be changing.

Below, we’ll break down some of these proposed changes and what contractors can do to get ahead of them. 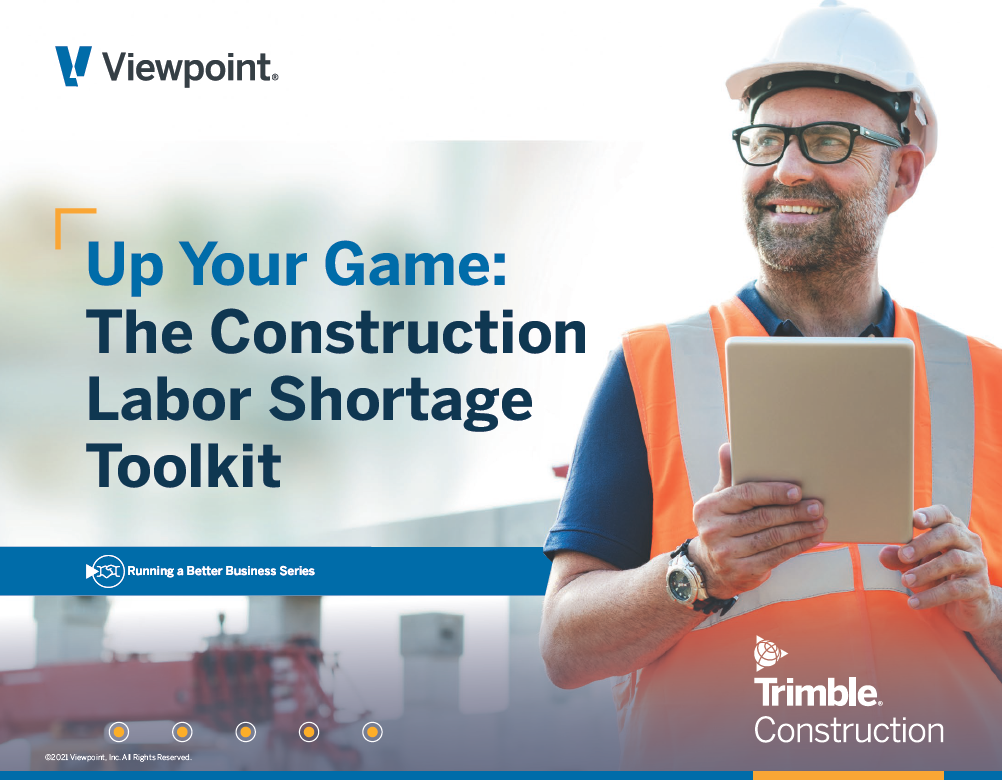 Navigate the Construction Labor Shortage with this Handy Toolkit

What is the Davis-Bacon Act?

The Davis-Bacon Act of 1931 requires contractors and subcontractors working on federally funded jobs to pay their laborers wages and benefits no less than what others locally pay their workers for similar projects. This is what has become known as the “prevailing” wage in the construction industry.

Prevailing wages set under the Davis-Bacon Act (and its 71 related acts) generally apply to federally-funded contracts in excess of $2,000 and must be paid to “all mechanics and laborers employed on the site of the work.” This includes construction, alteration or repair of public buildings and infrastructure projects like roads, bridges and public works. The Department of Labor sets minimum wages based on what the Secretary of Labor determines to be the prevailing wages for the corresponding classes of laborers and mechanics employed on similar projects in that local area. This essentially means that workers on federal projects can not be paid less than what the DOL determines is the average, or prevailing wage, for similar work done in a specific region or locale.

How are Prevailing Wages Determined?

According to the Code of Federal Regulations, a laborer or mechanic “includes at least those workers whose duties are manual or physical in nature (29 C.F.R. 5.2). This definition isn’t limited to specific trades but may include apprentices, trainees and helpers under certain conditions. It may also include foremen or supervisors who spend more than 20% of their workweek doing manual or physical work.

The location of the projects or work is also a factor and carries specific definitions of their own. Davis-Bacon prevailing wages typically come into play at “the physical place or places where the building or work called for in the contract will remain.” However, it may also include other sites established to perform work for that contract specifically and nearly exclusively. Some work sites like machine shops or prefabrication facilities might not qualify if the contractor uses them for multiple jobs and if they aren’t adjacent to the primary site of work. At each worksite where Davis-Bacon wages apply, specific signage must be posted, advising workers of their rights and the prevailing wage rates in their area.

State or local jurisdictions may also have their own specific wage requirements that contractors need to be aware of and adhere to in addition to Davis-Bacon compliance.

Read more about Davis-Bacon and Related Acts in this Q&A document.

In mid-March, 2022, the DOL proposed returning the definition of "prevailing wage" under the Davis-Bacon Act to one last used nearly 40 years ago, before it was changed during the Reagan administration, which argued the old definition contributed to inflation. The DOL said this would ensure prevailing wages reflect actual wages paid to workers in the local community.

Other proposed changes include:

“Federal dollars should be used to create good jobs in local communities all across our country,” said Secretary of Labor Marty Walsh in the DOL’s March press release. “These proposed regulations are good for workers, good for building high-quality infrastructure and for ensuring we have a strong construction industry, as we rebuild America.”

From 1935 until the 1983 overhaul the DOL used a three-step process to identify the most frequently-used wage rate for each classification of workers in a locality.

This three-step process, which the DOL recommends returning to, identified as prevailing: 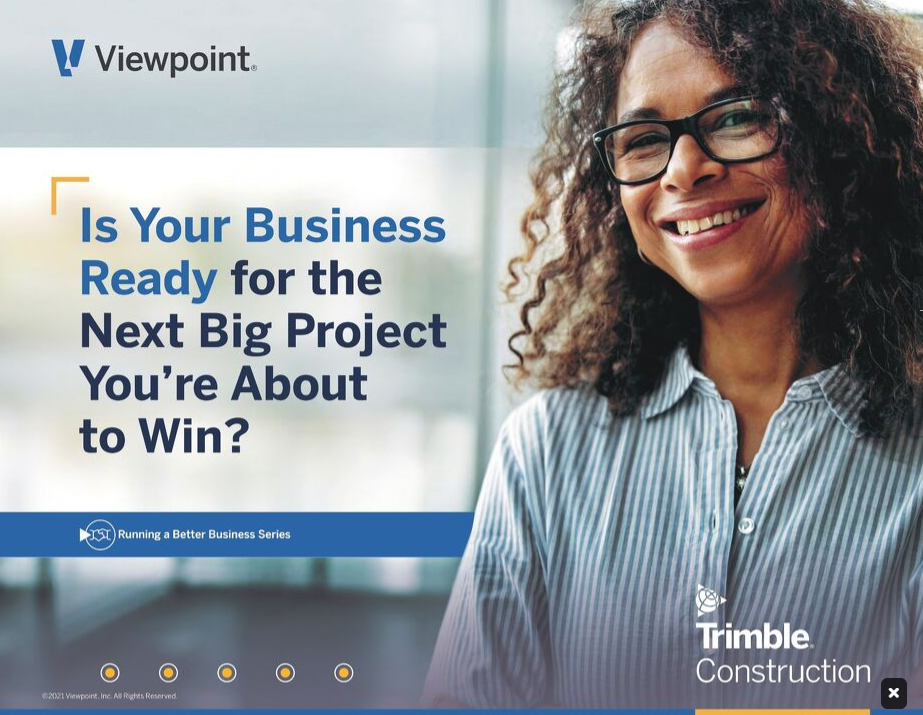 Is Your Construction Business Ready for the Work Ahead? Find Out with this Quiz

Approximately 148 million workers across 10 million workplaces across the United States are covered by the Davis-Bacon Act and 71 Related Acts. It applies to an estimated $217 billion in federal and federally assisted construction spending per year and provides minimum wage rates for an estimated 1.2 million U.S. construction workers. The DOL said it expects these numbers to grow as federal and state governments address the significant infrastructure needs of the country.

The proposed changes have been met with mixed reaction from the construction industry. Unions, workers rights groups and others are praising the potential Davis-Bacon overhaul.

“The proposed change will make it easier for a union to have its CBA (collective bargaining agreement) rate set as the prevailing wage in the locality,” Patrick Dalin, an attorney with Philadelphia firm Fisher Phillips recently told human resources publication SHRM.

While others, including several construction organizations and associations, said the moves could further increase the cost burdens to contractors.

“The 91-year-old Davis-Bacon Act and related regulations are in dire need of modernization and clarity. For decades, watchdogs in the federal government have criticized the DOL’s convoluted method for determining prevailing wage and benefit rates through an outdated and unscientific survey process riddled with errors and inefficiencies,” the Associated Builders and Contractors said in a recent position statement. “In its current form, Davis-Bacon needlessly raises taxpayer-funded construction costs, stifles job creation, undermines productivity and discourages competition from small businesses interested in pursuing federal and federally assisted construction projects.”

Whether or not the DOL’s proposed changes are enacted, the Davis-Bacon Act will continue to play a significant role in future construction and infrastructure projects fueled by federal funds.

There are millions of dollars in federally-funded infrastructure projects being awarded soon under the BIL, and Davis-Bacon prevailing wages are expected to apply to the majority of the work. This includes road and highway projects, bridge construction and repairs, utility and public works improvements, energy sector buildouts, transportation and port projects and much more.

Federal agencies and funding recipients alike must ensure that the Davis-Bacon labor standards clauses and applicable wage determinations are included in, and understood, as part of any construction contract. The contracting agency/officer is required to include DBA requirements in any solicitation and in the contract for construction.

For contractors and subcontractors taking on these projects this means:

Click here for everything you need to know about the Bipartisan Infrastructure Law.

How To Ensure Davis-Bacon Compliance Through Technology

Contractors need to stay on top of Davis-Bacon changes and remain in compliance with prevailing wage laws—and a host of other workforce requirements—as part of federally-funded projects. To do so, they need to maintain accurate record keeping, be agile and responsive to inquiries and audits and should have connected, streamlined payroll, HR and other personnel workflows that create transparency rather than confusion.

Thankfully, technology has advanced over the years and as the construction industry continues to modernize, it’s becoming easier for construction accounting, payroll and HR professionals to digitize documents and workflows, quickly (and accurately) pull the data and figures they need, and share data and reports in real-time.

Having a connected construction management platform with a single set of shared data to streamline payroll, compliance and workforce documentation helps. Operating in the cloud for real-time data capabilities and secure data storage and protections is even better. Leveraging the latest cloud-based construction technologies gives contractors the power to:

Here are some related blogs: